The Morpeth Antiquarian Society is our local history society, providing:

The Society was founded in 1946, and is a registered charity (No. 507640). The President is ex officio the Mayor of Morpeth.

The Society publishes books on Morpeth’s history, holds Heritage Open Day events in September, advises on planning and heritage, runs an annual exhibition for the weekend of Morpeth Fair in June and stages temporary displays in the glass cases in Morpeth Town Hall Butter Market.

The Society is the parent body of the Morpeth Northumbrian Gathering, the 3-day annual celebration of local traditional music, dance, craft, dialect and heritage which is held across the town on the weekend after Easter. 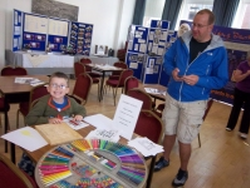 during which time MAS launched an appeal which restored the whole building to serve the town. After local government changes the museum store moved first to the Town Hall and then Newbiggin and finally to its current location in Pegswood. Meanwhile we continue to catalogue our extensive collection of artefacts, pictures, maps and books and arrange exhibitions, while a separate organisation, Friends of Morpeth Museum, exists to raise funds to help re-establish a Heritage Resource in the town to tell the story of 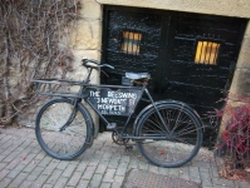 Morpeth to residents and visitors and aid research into local and family history.

The Society has an annual lecture programme with meetings on the last Friday of:
September, October, November, January, February, March (subject to change to avoid Good Friday) and April (AGM), May and June.

Working with Friends of Morpeth Museum, we are supporters of a long campaign to 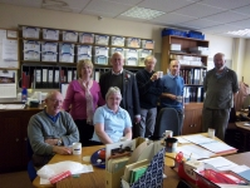 establish a Museum in this lovely town which is full of interesting history and stories.